skip to main | skip to sidebar

As my neighbors all seem to be outside furiously putting up their Christmas lights and decorations, my mind is still on Thanksgiving. We had a wonderful day, and Dave and I continue to think about ALL of the things we have to be thankful for! : )


The picture on my post of 11/25 was not of my table. Just thought it looked pretty and conveyed the right thought. (That picture was from Country Living.) Here's a peek at my table: 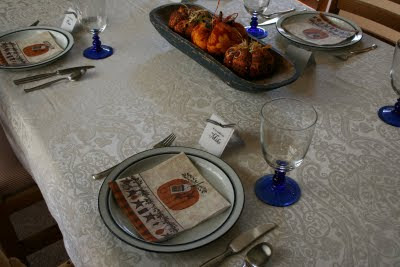 Very simple. Left lots of space on the table to be filled later with platters of FOOD! 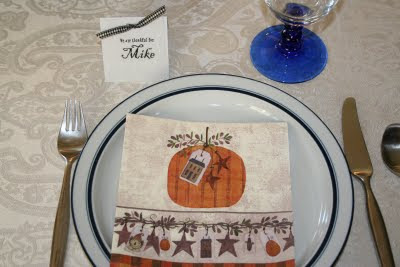 Here's a look at one place setting, with the cutest fall napkins (from Target). 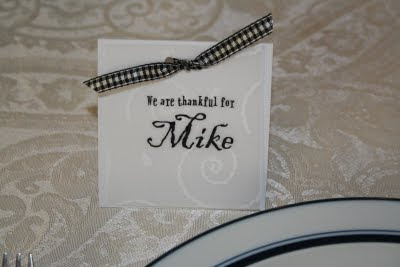 And for seating arrangements, I made these little placecards for each family member. They were quick and easy to do, and everyone liked them . . . in fact, most took theirs home! (I got the idea from a blog where someone did a similar thing with pinecones and material, but they were too intricate for me. I forget which blog I saw it on, but will post the site (and directions) when I find the one I used --- I want to give credit where credit is due!!)

Anyway, each placecard read "We are thankful for" and then was followed by the person's name. I printed them out on vellum, then attached each one to some cardstock (so it would stand up) and tied the two attached the two pieces together using a piece of ribbon. I was so happy with the way they turned out.


And speaking of THANKSgiving (I mean, really, it's not even December 1st yet!), here are some quotes to leave you to think about . . .


"Man is fond of counting his troubles, but he does not count his joys. If he counted them up as he ought to, he would see that every lot has enough happiness provided for it." ~Fyodor Dostoevsky


"Most folks are about as happy as they make up their minds to be." ~Abraham Lincoln


"He is a wise man who does not grieve for the tings which he has not, but rejoices for those which he has." ~Epictetus


"We often take for granted the very things that most deserve our gratitude." ~Cynthia Ozick 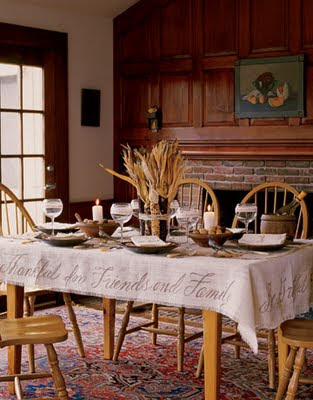 Have a wonderful Thanksgiving with your family and friends!

I know, what do those three things have in common? Well, read below . . . 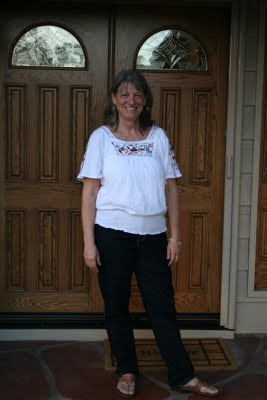 Not bad, I think. (Dave took this picture of me on Nov. 12th, the day after my birthday.) You can't really tell from the picture, but I am letting my hair go gray, so that's definitely a hint that I'm getting older. But I think it's not too bad for a fifty-four year old!

And those of you who know me well can see that I have recently lost weight. How much? A lot. In fact, while decorating for fall, I realized I had lost the equivalent of three of these: 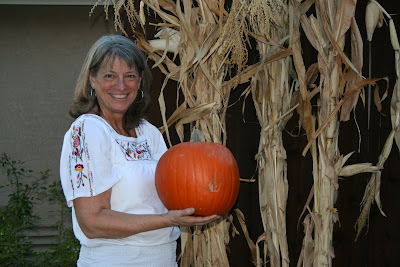 Yes, I've lost the weight of three (of this size) pumpkins. Feels pretty good. For a fifty-four year old! : )
Posted by Beth at 8:28 AM 2 comments:

You must be the change you want to see in the world.
~Mahatma Gandhi

Always be a little kinder than necessary.
~J.M. Barrie

No one can make you feel inferior without your consent.
~Eleanor Roosevelt

Some additional BLOGS I love to check: